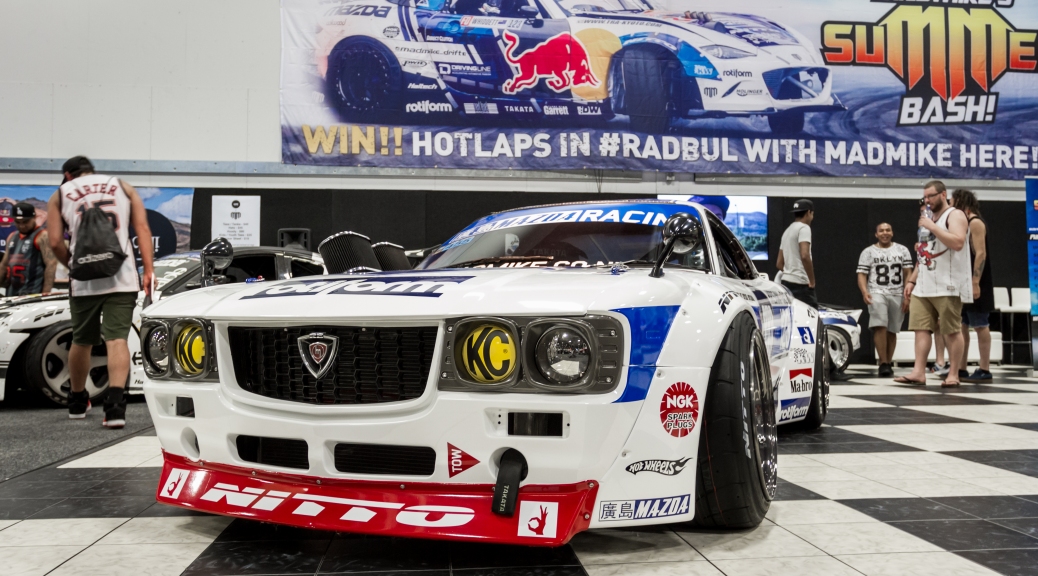 It was that time again a few weeks ago when the annual V4&Rotary show rolled through Auckland. 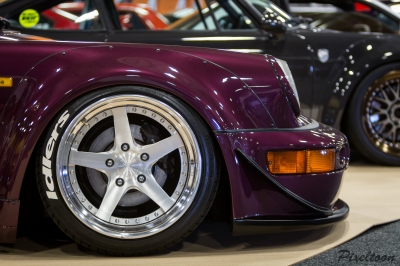 Surely the title can make you believe it is a show focused on 4 cylinder cars along with the beautiful rotary powered pieces, however, once looking at the pictures or taking a stroll through the three main show halls you quickly realize the show is more than just that. Inline engines, V’s and even big, torque producing American muscle cars were on display catering to everyone of all ages.

This year saw a few of my friends entering, and while I may sound bias because I am, I feel they pulled off presenting their cars incredibly well considering the amount of entries. Car clubs were huge again with the likes of New Zealand Fijian Car Club, ST Hitec, StanceMob and JTune putting some of their best work forward for the public to see. While this is a show and shine orientated event, ST Hitec pulled out some of the highest horsepower cars that tear apart the drag strip while claiming awards and hearts at the show and shine for being incredibly detailed. JTune came through with some very crazy Honda builds. While JTune is a major tuner in New Zealand for Honda’s they brought out their beautifully loud and brutal Kanjo Civic, a supercharged Fit….and a work in progress EG Civic that is running a Borg Warner EFR turbo and full sequential gearbox for street duties, all the while the crazy aero is custom made to ensure that this monster stands out from the rest.

Strolling through the lanes catching glimpses of amazing machines mixed between alternating styles I found the magical Hakosuka of WS Imports presented perfectly in it’s own space, which by all means is how something like this should be presented. Basking it it’s beautifully polished paint job and immaculate trimmings I couldn’t help but adore every inch of this boxy Skyline that looked as timeless as ever amoung some of it’s modern brethren. WS Imports bring in some of the best cars into New Zealand and while this example may be kept for a while, I can say that this is the standard set by James and it does not stray too far from it.

Getting over such a beautiful Japanese machine, I fell into another Japanese trap. Stumbling across the Re Amemiya Super G RX7, I was instantly drawn in by the pearl layered orange paint job screaming out at me. Amazing is one word to describe what I saw in person, the paint is a thing of beauty, the lights trick your mind into thinking you are looking at a Porsche while your brain is fighting with itself to accept it is in fact a FD from Mazda. Custom indicators, mirrors and body kit adorn this car gracefully and while the lights are indeed from Porsche and the tail lights are American, the whole finish of the car is very Japanese in finesse. Troy is the owner and I was lucky enough to befriend him prior to the show, and while I did not manage to snap enough of this car at the show, I was fortunate enough to have the car to photograph on a separate day after the show so stay tuned for that feature.

Moving onward I managed to arrive at the draw card of the whole show in my opinion. Mad Mike who needs no introduction to the international drifting world brought down not one, not two but three of his amazing/crazy/impressive and totally rad rotary powered cars to the show. Displaying his brilliant MX5 quad rotor, his RX8 three rotor and unveiling the all new MADBUL RX7.3 quad rotor were all well received and much loved throughout the whole day, amassing large crowds that never seemed to thin no matter how late in the day it got. All of Mad Mike’s cars are works of art but his latest incarnation of his first FD drift machine had the whole of New Zealand and the world talking. Unveiling at the show was the RX7.3, a play on words using the RX7 chassis and rear to front door panels of the original car while mating it seamlessly to the new Rocket Bunny RX3 front guards and front end giving the final result of an incredible machine that looks as killer as it sounds. 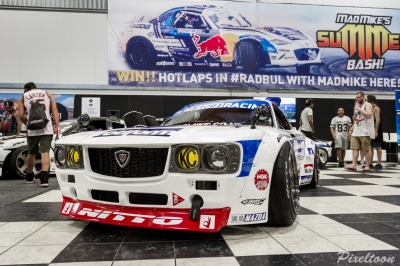 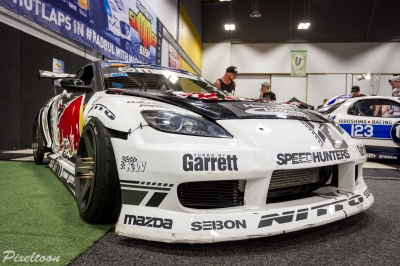 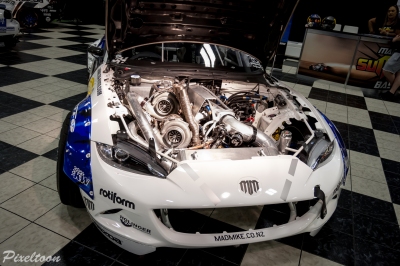 I feel the scene has changed indeed over the years with the quality of cars coming out of the woodwork increasing along with the use of genuine parts. There would be little to no point in aftermarket companies producing parts for cars if people went and bought replica’s so with some of the cars in this show representing genuine manufacturers I can only hope this is the signs of the future. New Zealand has a growing scene that is ever changing and from the looks of things, it is going to be a promising.

With my walk through mostly complete and my camera bag getting rather heavy I decided it was time to call it a day and get away from the humidity that saw the 2017 Auckland V4&Rotary show sing out with a bang! 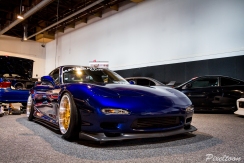 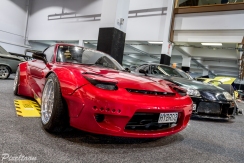 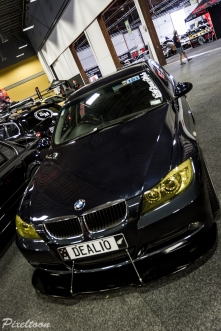 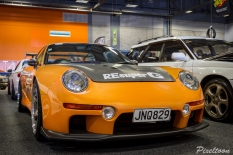 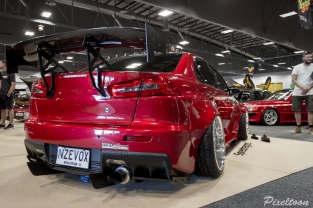 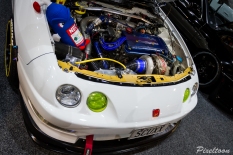 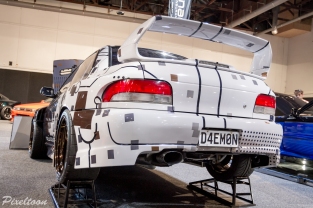 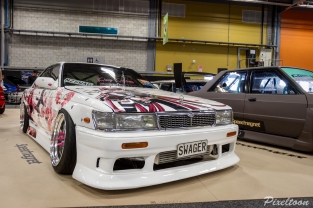 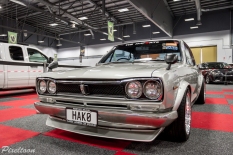 HKS with a legendary creation.. ZeroR
Japan throwing down beasts
Absolutely epic meet by a bloody good team!
Two tones
Thought is post up one of my own.. IS-F CCS-P
Angry face