In the beginning there was one. One idea that sparked a change, a change that reinvigorated a brand, and a re-energized brand that created some very exciting cars, and yet, it all started from one.

A statement that would make no sense until you realize what the car in question is, the Lexus IS-F, with the ‘F’ standing for Fuji Speedway. Now I guess some people who skip the luxury sedan department will not be too familiar with the Lexus IS-F due to it being fairly unassuming and featuring four doors…not the ideal idea of a super sedan. Lexus produces some of the most elegant and refined automobiles from Japan, with luxury and comfort being first and foremost, and while this is great and it has served them very well placing them in the rankings of their European competitors Mercedes and BMW, Lexus also garnered a reputation for making boring cars. Boring is not something some of the engineers at Lexus enjoyed being associated with, and so in secret, they came together under one simple idea, make Lexus exciting! Taking a very well balanced yet mundane chassis (IS250) they worked in unison to rebuild the chassis into something that would excited anyone that looked at it and blow away anyone that got behind the wheel.

With metal and fire the first F was born, born with dreams to live up to and big promises to deliver on. Reasoning behind letting the F project go ahead was due to the presentation of a car that would finally reignite the spark in the younger audience looking at the Lexus brand when deciding on a car. Engineers worked on keeping luxury part of the design but with gobs of power when needed, which is something that was missing. Radical and extravagant styling was enforced and all these ideas came together to produce one beautifully crafted four door M3 hunter.

All this excitement brings me to a beautifully presented IS-F owned by my great friend Ken. Ken’s IS-F is a crafted piece of subtle love, with things like the Wald International front add on blending in perfectly with the IS-F’s frontal curves bar the lovely exposed carbon side vents breaking up the color, Carbon side mirror covers, and his HKS SSM (Super Sound Muffler) neatly hidden behind the faux quad exhaust tips. Carbon fiber is also present in the form of a Wald International rear spoiler which adds great contrast the the white rear along with a incredible and highly sought after Wald International diffuser, both items which clearly demonstrate perfect Japanese quality. Exterior wise there is not much else to add to a IS-F since it has great swollen fenders and a bulging bonnet. Hidden within the bulging bonnet is the musical instrument that makes all the fuss about this car come true.

Yamaha produce some amazing motorcycles and marine equipment but also work on car engines. Lexus gave Yamaha the cylinder heads to be ported for better flow and along with the rest of the 5.0L V8 configuration, all came together to produce the 2UR-GSE. Compression ratio was set at 11.8.1 and features the use of port and direct injection along with VVTi control. On normal driving with the RPM needle tucked below 4000RPM the engine sounds very soft and calm, everything you would expect from a luxury car maker. Exhaust note on the other hand has a lovely burble thanks to Ken’s HKS SSM, step on the fun pedal a little bit more and the sound becomes a deep rumble while still being smooth. Once you have had enough of the pottering around and let the engine sing freely, 4000RPM appears and disappears very quickly, as the secondary air intake flap opens and a deep howl lets loose from the front of the car and a raw deep bark howls away at the rear. Ken also uses a electronic throttle control module which lets him select from different modes which dictate how quickly the throttle plate opens and how responsive the engine is to throttle position. Economy can be hard to come by on a V8 but the throttle controller on Ken’s car gives him just that when he so desires, which is usually while daily driving the car to work and back.

Overall it is hard to fault a purpose built car that has then been personalized. Ken has done an amazing job with his IS-F and has ensured that the original aggressive styling is present while being accentuated with the aftermarket Wald International parts. We still have not seen the real work start as Ken has some great plans for his IS-F which I cannot wait to photograph and show.

Seeing the level of care he takes with his car, it’s great to know that such a rare car in New Zealand is being looked after as it should be to ensure the first F lives on. 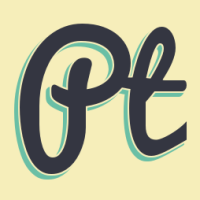